Bitcoin is one of the most popular cryptocurrencies in the world. Yet the circumstances surrounding its inception are mysterious. There are many questions regarding the mysterious creator of Bitcoin. A person or a group created the first-ever blockchain database and decided to remain anonymous. The only thing we know about this group is the pseudonymous Satoshi Nakamoto.

No one really knows anything about the creator though there are several potential candidates. What we do know is that Nakamoto’s active participation in bitcoin’s development ended in 2010. However, there is no record of what he did after leaving the project. Many have called Elon Musk, whose remarks have both boosted and crashed Bitcoin in recent years, as the actual creator.

Launching Bitcoin in the late 2000s was an ambitious project and when it had just started, it wasn’t popular. Its aim to replace cash and make transactions possible without any interference from banks was an ambitious one.

The development began in 2007. After Nakamoto launched it in 2008, he made all the necessary modifications himself while also collaborating with some developers. In mid-2010, he passed on necessary details to other preeminent community members and stepped out. Today Bitcoin is the most popular cryptocurrency out there, and the net worth of Nakamoto is in billions.

You can imagine the kind of frenzy this has created amongst people. Nakamoto’s profile on the P2P foundation claimed him to be a 37-year old Japanese man. Throughout the years, people have found circumstantial evidence against this declaration. Many people have pointed out the use of British English in his work and thought of him to be from England. The bottom line remains that no one has any proof regarding his identity.

Bitcoin is the first of its kind, a decentralized digital currency. It uses the peer-to-peer network that ensures the redundancy of a middleman and facilitates instant payments. Using cryptography for verifying transactions, and blockchains, it was released as open-source software. The transaction cost of bitcoin is less than other digital payment options.

A bitcoin is generated once a computer solves a complex mathematical problem. As more and more people solve problems, more bitcoins get created. The catch is the limited supply of bitcoins. The limited supply has led to an increase in prices.

How Does Bitcoin Work?

Blockchains are the underlying technology of Bitcoin. Blockchain is a digital public ledger and a collection of blocks. The blocks store all the transactions, but the details of the receiver and sender are kept private. Bitcoin uses public and private keys to manage. As the name suggests, the private key is kept private and is used to authorize transfers. The public key is the address that is available to everyone. Bitcoins are stored in the bitcoin wallet, a type of digital wallet.

The algorithm that bitcoin uses is called proof-of-work. This algorithm maintains the integrity of the network. A coin is generated when a computer successfully solves the puzzle. A person with more efficient and sophisticated equipment can solve the puzzle faster and mine the coin. If you are looking for an app for bitcoin trading, visit this site.

New bitcoins are created with the process of mining. As explained above, computers solve mathematical puzzles to create a new bitcoin. This process of solving is called mining. Mining is also responsible for maintaining the integrity of the network by verifying its transaction information.

After the launch of bitcoin, mining was done using the CPU (central processing unit). CPUs were slow and had high power consumption. It was replaced by GPU (graphics processing unit) which was comparatively more efficient. Nowadays, mining is mostly done by ASIC (application-specific integrated ), specialized equipment for faster mining.

Why do People Suspect Elon Musk to be the Owner of Bitcoin? 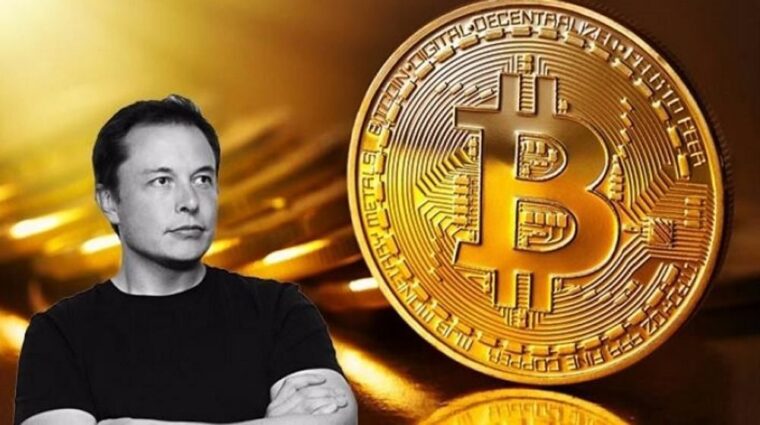 All the people who have been rumored to be the potential creator of Bitcoin have denied those rumors. The most likely candidates include Hal Finney, an early contributor who received the first bitcoin from the Nakamoto; Nick Szabo, a cryptographer who created bit gold, the predecessor to bitcoin; Craig Wright, who was considered an impostor; and Dorian Satoshi Nakamoto, a physicist.

All these people, except Wright, have stated that they played no role in the invention of this revolutionary currency. In a blog by a former SpaceX intern, it was claimed that Elon Musk was the actual creator of bitcoin. There is no denying the fact that Elon Musk is a genius and has a deep knowledge of cryptography and programming.

Musk promptly dismissed the rumor and clarified that he did not invent bitcoin. In an interview, he called Nick Szabo the most likely candidate because of his former creation ‘bit gold’ and his knowledge about the subject. Elon Musk has been known to heavily influence the price of BTC with his tweets.

Whatever anyone might say, there is no clear evidence regarding the creator of the cryptocurrency.

No one really knows why the bitcoin founder(s) have kept their identity a secret. But there have been speculations related to the reasons for this secrecy. The first reason can be safety. The value of bitcoin has increased outrageously since its inception in 2007.

Back then, only a handful of people invested in the currency. The founder, Satoshi Nakamoto, owns quite a bit of it. This fact alone is enough to threaten his safety. Another reason can be maintaining their privacy. Perhaps, the creator knew the potential bitcoin has and wanted to stay out of the attention it can get.

There is also the fact that already governments around the world have been taking steps to either launch their cryptocurrency or completely ban them in their country. That might be another reason for maintaining anonymity, as bitcoin has led to the flourishing of entire cryptocurrency exchanges and markets.

While it is unlikely that the mystery behind the obscure founder of bitcoin will be solved anytime soon, that doesn’t affect its expansion and potential. It is one of the most profitable and prominent cryptocurrencies in the world and will probably remain so.

Taking the Hassle Out of Financing Your Home: Things You Should Know