Suit? Check. Tie? Check. Vest? Check. So what else do you need to have when you attend a wedding? Do you want to stand out from the boring old suit and tie crowd? This one is not an easy question and one you need to think through. If you already did this, but can’t find the right answer, worry not, as we are here to aid you with this matter.

A hat is an answer for you. We are not kidding, as this is not a laughing matter. Yes, men can definitely wear hats to weddings. Not only that they should wear them, but it should be the norm. You can join us in starting a petition for this cause; we could go viral, as this is a cause worth fighting for.

Unfortunately, for a long time, it’s been an unspoken rule that men shouldn’t be allowed to wear hats to weddings, deeming it as out of the ordinary. We can’t tell why being a gentleman is being out of the ordinary. The times have changed, and we seem to be forgetting how good everything was back in the day.

However, the truth is, hats can be worn at literally any occasion. They have been in the past, and there was literally no complaints whatsoever. Not only is it a fashion statement, but it also shows your unique personality. We can’t imagine anyone who wouldn’t want to do it. If you didn’t remember a brilliant idea like this one, it’s basically your only excuse for not wearing a hat to a wedding.

Before you go on about wearing a hat to a wedding, though, you must take note of the proper procedure.

Should a Man Wear a Hat to a Wedding: Gentlemen’s Code for Wearing Hats to Weddings

While your main point is to look more dapper than the others, it is also essential to consider the possible risks and obstacles that may come along with choosing a hat. While it’s not uncommon to be experimental, it’s not a good impression if you accidentally pick a terrible look for a big event. Wearing a hat on its own is not the goal. It is all about having your look elevated to another level by this head fallal.

While fashion is a “to each your own” thing, it’s undeniable that you might end up ruining your entire look with one bold, yet clashing hat. Because of this, you need to have a hat, but the selection needs to be top-notch. Only with good choices, and a classy look, we can have this trend back on the big gates.

So before pursuing uniqueness, we recommend you consider the personality you want to express. Additionally, you should also consider the event you are going to and what would complement your overall look. There are many details to pay attention to, but you’ll have little to no worries regarding the hat selection with our help.

What Hats You Should NOT Wear to a Wedding

Considering how weddings are formal or semi-formal events, it is highly improper to wear casual hats. You don’t want anything out of the ordinary, so forget about the hats with peacock feathers. You’re not intended to play the maharaja, nor you want to look like Alladin from The Thousand and One Nights.

So before you go on wearing a baseball cap, consider if this is really the perfect fit for your formal or semi-formal outfit. You would definitely leave an impression, but is this the one you are anticipating? You can pull a move like this, but only if you are a Hollywood star hiding its identity on a public event, or former Denver Broncos Quarterback Tim Tebow.

If casual isn’t the motif of the wedding, just give a hard pass to this idea. There aren’t too many casual weddings, after all, so give this idea a pass. You definitely wouldn’t want to compromise style and comfort clashes on two people’s special day. Don’t be that person that ruins everything by simply being an idiot.

According to dapperfam.com, while there is no rule that explicitly states that individuals shouldn’t wear top hats, it still doesn’t sit well with formal and semi-formal weddings unless it’s a royal one. We hope you’ll be invited to a royal wedding, but before this happens, listen to what we have to say and don’t do anything we didn’t tell you.

Its height is also a problem for other attendees, so try to find better hat options that would best express yourself while considering practicality. Do not be that person whose hat blocks people’s views while the groom and the bride walk down the aisle.

What Hat Should I Wear to a Wedding?

The fedora is the go-to hat for people in business because it showcases their statement that is to leave an impact effortlessly. Humphrey Bogart wore one in his movie The Maltese Falcon, a good enough testament of its class for us. One person from the other side of the law also made it notorious and famous. It was no other than mafia boss Al Capone. He also had the option below on his head during the summer.

While maintaining lightness in both weight and color, this hat brings semi-formal summer vibes, maybe owing up to its toquilla palm plant origin. If it was good enough for Robert Redford in the Great Gatsby, it’s good enough for you. If this movie doesn’t ring a bell for you, look no further than Gregory Peck in To Kill a Mockingbird.

Commonly seen as a hat worn in golf, the Newsboy is the best alternative for a comfortable hat instead of using a baseball cap. Thanks to its wool material, it is highly functional for cold climates, and it can also be used either casually or formally. The best sign that men of style wear this hat is David Beckham, who often sports this model. You probably have seen it on him, but also characters in BBC’s drama Peaky Blinders have a taste for it.

This hard hat basks in the spotlight because of its versatility to be paired with either a cane or a three-piece, therefore heightening its appeal. It is also highly classy while keeping subtlety. Members of the Royal family, most notably Prince Harry, love to have this model on their heads. 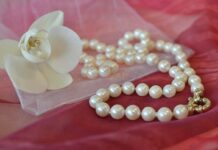 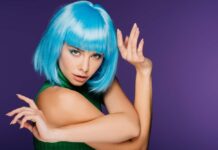 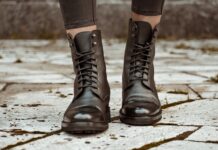 Elevator Shoes – Take Your Look to the Next Level