What seems to get past most people is that video ads are arguably the most efficient way to market your company and your business nowadays. It is no longer the question of should you embark on a video advertising campaign – the question is, “How soon do I start”?

Just as a way of elucidating the power that video ads can bring to a company, according to Neil Patel , which ranks on Forbes’ Top 10 list of marketers, product or service videos can increase sales by up to 144%.

If even with the exorbitant number presented by an expert you are not convinced, we have listed below the main advantages provided by the video ads tool:

In addition to the listed advantages, there are still a number of benefits that are specific to each case, but which, in a sum, increase the profitability of a company in all aspects.

It’s important to point out that it doesn’t take a lot of resources and investments to start video ads, usually a smartphone has a camera and microphone that are minimally competent to produce video content for ads.

That is, there is no lack of reasons to invest in video ads, where, among all the possibilities online, it is one that provides a more agile return, and there are no major obstacles to getting started, as in ad platforms there are possible campaigns with all investment values, with options for large conglomerates, mega companies and also for small entrepreneurs.

Just as we’ve mentioned earlier, video ad creation does not require a lot of money or up-front investment. Most modern-day smartphones have cameras capable enough of filming a compelling video in broad daylight. You might need to spruce up for a microphone – but the video portion of the ad should be covered.

According to various research conducted in the past few years, the chance of your target audience watching videos on a daily basis exceeds 90%. That piece of information alone should motivate you to invest in a video ads campaign.

And, if that’s not enough, according to some other research, almost a third of all ad-incentivized purchases came from video ads. Not photos, not ads in newspapers – video ads.

Taking Advantage Of The Smartphone Mania

We probably spend more time on our phone than we do doing anything else during our day – at least out of the things we could be doing. And, how do we spend most of that time? By scrolling through videos on Instagram, YouTube or TikTok.

Once again, tapping into that market can only bring forth great results. Not only will your ad be noticed, but if you create a great one, there’s a good chance of it going viral. And, you know what happens when a video goes viral, don’t you?

It Tells A Better Story

Honestly, wouldn’t it be better if you could just watch the video on what we’re saying to you right now? Of course, it would be. If it didn’t – we wouldn’t turn books into movies. All jokes aside, the video tells a much better and much more compelling story than any other format, especially in marketing. There’s a reason why TV ads were, and still are, so popular.

Apart from telling a better and more compelling story, a video ad conveys a lot more information compared to the other formats. You can pack in a lot more in a one-minute video than you can in a one-minute read, audio ad, or even a photo. A video ad simply engages more of our senses because you can both see and hear the information at the same time.

You don’t have to believe us, but the numbers don’t lie, and the numbers say that video ads convert a lot better than any other ad that you may run. And, to be fair, that’s to be expected considering how much search engines love video content.

The Results Are Easy To Track

Seeing how most video ads are run on social media – the analytics have never been easier to track. There’s no room for guessing here. You will have full insight into how well your ad has performed just by looking at the analytics, which will allow you to run an even more successful campaign next time. 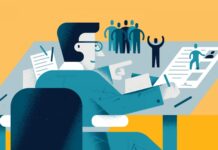