Not a lot of people realize just how old the game of bingo truly is. Although it seems like a relatively modern invention that came to be in the 19th century at the earliest, it is actually a few hundred years older than that. While it was not known by that name when the first iteration of the game was introduced, the original bingo was first played around the year 1530. It has its origins and roots in Italy where the Italians played Il Gioco del Lotto d’Italia. It would later spread across Europe, first to France where the upper classes played it and referred to it as Le Lotto. Around the 18th century it became prominent in England and across the rest of the Old Continent.

What was always similar though is the way it is played. The players have to mark the numbers that have been randomly called out. Each has their own slip with the numbers they have chosen and if the same numbers are drawn out, they win. Tombola, as it was called in Germany in the 19th century, was also used in educational purposes to teach children spelling, history, and multiplication. One thing that is unfamiliar is where the modern iteration of bingo came to be and how, but it became to take shape and appear as a regular on carnivals and fairs during the 1920s.

Over the next hundred or so years, bingo, lotto, or tombola, however you may call it, evolved and became one of the most popular, widespread, and recognized form of gambling. It is easy, straightforward, and quick, traits that make it perfect for those looking for a near-instant chance to win some money or prizes. However, before you can start playing it, there are few things you have to know. Since the rules do not really require much, or any discussion, we will focus on the language used in it and bring the traditional bingo calls and number nicknames closer to you. To find out more about bingo as well as to browse some of the best places to play it online, make sure to check out Bingosites.net.

There are 90 numbers in bingo, 1 through 90, and each of them has a special call or nickname attached to it. They exist for different reasons and not all of them have specific stories behind them. For example, some simply rhyme. Others though have more important stories and meanings and they therefore deserve more attention. In the following sections we will focus on some numbers separately, while also talking about rhyming numbers. We will not mention all 90 as the article would be too long.

Since it is the first number, it is the perfect place to start. The origin of this callout is not certain, as with many other numbers, but some claim that it references Ned Kelly, an Australian outlaw, who only had one eye. This was not true as he did have both of his eyes when he was executed. It could have therefore referenced his metal helmet made out of a letterbox that he used as armor during gunfights, which had one opening for the eye(s).

3. Kelly’s Cousin, Me and You, Baby’s Done, One Little Duck

Number two is particularly special in bingo since it has four calls. According to some, the written number 2 resembles a duck swimming, making this number the first visual reference. Me and You is Cockney rhyming slang, Baby’s Done means that a baby has done a number two (pooped), and Kelly’s Cousin is an obvious nod to number 1, putting the first two numbers together and making them cousins. Kelly also had a cousin Tom Lloyd who supported his gang.

With the number 3 we have the first cases of plain old rhyming. All three of these calls rhyme with the number. Cup of Tea is the most common and popular one due to Britain’s favorite beverage. Goodness Me is just a rhyme, while A Flea is said to be a visual reference as the number resembles a flea on it side.

6. Mathematics is Involved Too

Some numbers use math as calls and there is no need for further explanation once you hear them. For example, 24 is two dozen, 36 is three dozen, and 48 is, you guessed it, four dozen. 60 is five dozen but it has two more calls, Blind 60 and Grandma’s Getting Frisky (rhyme). 70 can either be Blind 70 or Three Score, where we have 3 x 20 as a score is a form of counting in 20s and then Ten more. In the Bible, three score and ten years is said to be the span of life of humans. 72 is six dozen, and 84 is seven dozen.

Numbers consisting of one and the same numerical digits like 22, 33, 44, 77, and 88 have a special theme in bingo. They are nicknamed All the Twos, All the Threes, All the Fours, and so on. The exception is 11 which is called out as Legs Eleven, a visual joke. 55 is called Snakes Alive because 5 is One Little Snake. 66 is Clickety Click, a rhyme that does not really make much sense and barely even rhymes.

To finish things off, we have to talk about the last two numbers. 89 is commonly known as Nearly There because there is only one more to go until the end. Lastly, 90 us Top of the Shelf or End of the Line, both of which represent the finality of the last number on the paper ticket. 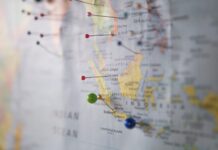