It should not be news to anyone that Americans love pickups. These hardy vehicles are popularised in much of their media, and where many other parts of the world see trucks as workhorses, they hold a much higher regard in the USA. Since they are highly customizable, it is possible to spec them as rather luxurious family cars or to make them high-performance status symbols, especially when outfitted with some of the more aggressive exterior styling options. But not all brands know how to appeal to this seemingly unique US mentality, with some models – unlike the Nissan Frontier – discussed here, falling behind pack leaders in terms of popularity.

Unsurprisingly, it is local automakers like Ford, Ram, and Chevrolet that seem to have a finger on the market’s pulse. They know how to get down and dirty with the best of them, but they also make room in their configurations for a certain degree of luxury and daily livability. A single offering from the Eastern manufacturers has managed to make it into the list of America’s five most popular pickups, but the rest are all homegrown. Without further ado, here are the top five trucks to take for a test drive when considering a new purchase in this rugged segment.

Ford, as one of the oldest brands in the States, knows exactly what its buyers are looking for when it comes to a new pickup. Of its many nameplates within this segment, the F-150 is the most popular, although the 250, 350, and 450 are far more capable in terms of hauling and towing capacity.

However, its smaller size and weight actually makes it ideal as a dual-duty commuter and worker. You have a choice of three engine options, with the most capable being the five-liter V8. With 400 horsepower and 520 lb-ft of torque, it can tow up to 12,700 lbs. And, if you plan on going off the beaten path, a four-wheel drivetrain is available.

If it’s going to be the family car, then leather seats are a must. This pushes up the price of the base model quite a bit, but you can offset it by opting for the hybrid powertrain, which returns the best mileage figures.

The smallest Silverado still carries a heavy MSRP of just under $30k, but that is before you start customizing it. Only two engines are available here, a base tubo-four or a V6, with the latter boasting a towing capacity of 13,400 lbs. Naturally, the 4×4 drivetrain is compatible with every trim level.

The interior is a bit on the budget side if you don’t tack on a few of the appearance-oriented packages, and ride comfort is questionable. On the plus side, there is loads of passenger space, and up to 89.1 cubic feet of cargo can be accommodated by the longest bed.

The NHTSA awarded the Chevy a four-star safety rating, so adding the available driver-assist features like rear cross-traffic alert and automatic emergency braking may be a good idea if you plan on taking the kids to school in this bruiser. An available off-road package helps the already rugged truck tackle rough terrain without breaking a sweat.

Ram manufacturers some of the more premium pickups in the US, which explains the slightly higher starting MSRP. In return, you get a higher quality cabin with many leather upholstery options and even some wood finish accents. There is also a lot less hard plastic on display.

Don’t let its refinement fool you though, the Ram Pickup is more than happy to get dirty. It can tow up to 12,560 lbs when equipped with the EcoDiesel V6, and it returns respectable fuel economy figures of 26 mpg combined. There is unrestricted access to the four-wheel drivetrain, too.

Unfortunately, to unlock the best the truck has to offer, you have to break through some rather serious paywalls. The fact that some of the more desirable safety features are locked behind them may put some buyers off. The only foreigner amongst a sea of Yanks, the Tacoma has had to prove itself on multiple fronts to break the top five. One of its more appealing aspects is its low asking price, but this means making a few sacrifices. Chief among these is a lackluster powertrain, as well as slightly less cabin space.

The upper-trim V6 feels a bit more lively, but it still only manages a maximum towing capacity of 6,800 lbs. Unlike many of its rivals, though, the Tacoma is available with either an automatic or manual transmission. Despite having less power at its disposal, the Tacoma also has some of the worst mileage returns, getting 21 mpg combined in its most efficient guise.

Where the Japanese do manage to impress is with technology. Though the interior is very basic quality, you get access to a seven-inch infotainment display, full smartphone integration, and SiriusXM. Standard safety features also include pre-collision avoidance, pedestrian detection, and lane departure alert.

Built on the same platform as the Chevy Silverado, the Sierra shares many similarities with its cousin. However, its strengths lie in the upper end of its selection, namely the Denali and AT4 models. These come outfitted with the enormous V8 that develops 420 hp and 460 lb-ft. This enables a towing capacity of 12,200 pounds.

Combined with a great ten-speed transmission, this powertrain empowered the Sierra with impressive driving characteristics. It feels both comfortable and lively on the road, and the top-tier leather seats help to make the ride even more cushy. Still, there is a reason it places fifth on list, since both Ford and RAM present buyers with more quality and value for the money. 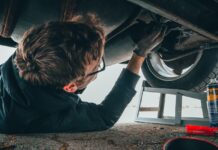 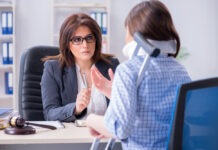