Home House How to Choose the Best Sous Vide Machines for Home Use –...

When you hear or read the term sous vide, you might envision some intricate method of cooking that only the world’s finest chefs are able to do. Well, to be fair, it’s quite the opposite of that. This is a cooking method that is unbelievably simple, clean, and easy for anyone who tries it out. You could be a 10-year-old who’s decided to prep his first meal other than a peanut butter and jelly sandwich and you’d still do a pretty good job. If you’re wondering how come, well, to put it simply, you need to vacuum seal your food and dunk it in some water. That’s it – the machine will do all the rest.  It’s a great option for those who like to prep their food in advance since you can cut the cooking time significantly using sous vide.

So, we’ve established that it’s easy to operate and useful for pre-cooking and meal prep. Now, let’s talk about the devices themselves and what to pay attention to when shopping for one. There are several key features you should pay attention to when deciding on sous vide device, some of which will be more important to you than the others, but that’s exactly why you should check all of them before deciding on one. Keep this in mind, because you might be persuaded by the price tag, but sometimes the higher price might not mean a better machine, but just some additional trinkets that you might not find useful. Without wasting any more of your precious time, let’s get to dissecting the home-use sous vide devices.

Alright, first of all, there are two types of these machines – immersion circulators and water ovens. Let’s talk about the immersion circulators first. These are the devices used to heat up and circulate the water (hence the name) in the container. What this achieves is a stable temperature of the water throughout the cooking and making sure is even in all parts of the container. These are usually significantly cheaper than the water ovens, but that doesn’t mean they’re necessarily worse. In fact, they are far more versatile, because they’re compatible with all sorts of cooking containers, whether it’s a plastic tub or a regular pot. Aside from versatility, they’re also easy to store, since they are not really big. Usually, they’re the size of a regular flashlight, so they’ll easily fit into a drawer once you’re finished with cooking.

Next up, we have the water ovens. As you can tell by the name, these machines come with a designated container which you fill with water and place your food in. It’s not universally compatible and probably won’t be enough for large amounts of food, but they to save you a headache from finding a compatible container. Usually rectangle in shape, they’re reminiscent of a bread machine or a rice cooker of sorts. They are equally as easy to use, but won’t fit into your drawer and will create a bigger dent in your wallet than the immersion type. If you’d like to see them for yourself, click here and compare the different types of sous vide machines for yourself and decide which one is the right option for you.

It’s clear that this option does not really affect the immersion circulator, but are rather focused on the water ovens. This is directly connected to the size of the machine, which is to be expected. So if you’re looking for a machine that can cook for your whole family in one go, this is the feature that should be important to you. Naturally, the bigger the machine, the more money it will cost. But, if you think about it, it’s worth it. Just think about the time you’re going to save if you need to cook for a large number of people on a regular basis. Also, there are a lot of sous vide recipes all over the place and sometimes you can use the same pot for a couple of different dishes if you’re equipped with the bigger model.

This feels like the most 21st-century thing ever, but it’s not without benefits. Sure, this may or may not be of great importance to you, but it’s a cool and useful feature to have nonetheless. It can be useful if you’re trying to multitask because you can monitor your cooking process from your phone while you’re away from the kitchen. We’re all familiar with those super-moms that cook, clean and take care of their kids at the same time, so this could be just the thing to help them out a little bit. Another bonus of this is, you would usually have an app on your phone that could make the actual set-up easier. Just set the temperature and time of cooking on your phone, you don’t have to struggle with mini display and tactile buttons on your machine.

This is another great feature for those long cooking sessions or just a great thing to have so you don’t have to worry about turning off the oven yourself. Some devices even allow you to set timers for more than 50 hours, but that’s just ludicrous. First off, it’s not recommended to leave the food or the device unsupervised for that amount of time, nor does anything that can be cooked in the sous vide oven needs to be cooked that long. So in conclusion, it’s great if something needs to be cooked for a few hours or if you’re busy with something else as well.

Like we’ve mentioned, the price varies between the types of machines. Immersion circulators will usually cost you about 100$, but you can find good ones for as low as 70$. As far as the ovens go, prices for a good home machine range from 300$ to 500$, but it can get more expensive than that. Additionally, if you’re in the market for professional devices, those numbers can go north of several thousand.

A site that collects all the best Amazon & other retail offerings luckydealnews.com.

That would be all for our guide on how to choose the perfect sous to vide machine for your home. Hopefully, this was helpful, and thank you for reading. 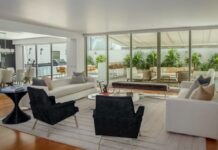 6 Tips for Using Scale and Proportion in Interior Design 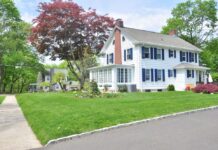 5 Things to Look for in Your New Home 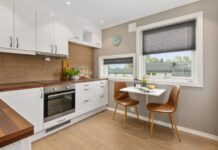 How to Decorate Cheap Kitchens on a Budget – Guide 2022