Home Quotes 3 Scams You Should Know About in 2022

Scams have existed for centuries. Crafty individuals try to take advantage of the unsuspecting, and you don’t want that to happen to you.

If you keep your eyes open and think carefully about any interaction with someone, you can probably avoid a scammer taking you in and wresting your money away from you.

We will talk about three of the common or popular scams that are out there in 2022 in the following article. If you encounter one, you will probably recognize it, and you’ll remember that you read about it.

You’ll know a devious or dishonest individual came up with this scheme, and you’ll know enough to contact the authorities or take any other appropriate action.

According to shakedlaw, about 13% of US drivers don’t have insurance. Scammers know that, and some of them like to try and take advantage of it.

You should always watch where you’re going when you drive, but sometimes, you might hit a pedestrian who seems to come out of nowhere. Maybe that’s a genuine accident, but it could indicate someone’s trying to scam you.

Scammers who perpetrate this particular scheme will wait for the right moment and throw themselves in front of your car or position themselves behind it so that you hit them. They’ll usually do this in a parking lot or another location where you’re not liable to hit them very hard.

They’ll play up a supposed injury and usually try to demand money from you on the spot, so they don’t call an ambulance or file a police report. They’re hoping that you’re one of those drivers who does not have insurance. If you don’t have it, you might agree to settle with cash out of pocket without involving the authorities.

To avoid falling for this common scam, you should never drive without insurance. Insurance protects you from car accidents, whether legit or fake.

Also, if you legitimately hit a pedestrian, they should have no problem with you calling an ambulance and the police for them. If they see that you’re about to contact the authorities and you’re not afraid to involve them, you might see the scammer make a miraculous recovery and walk away from the incident without giving it a second thought.

They’re only bluffing, and they don’t want the police or paramedics questioning them too closely about what actually happened.

The lost jewelry scheme has been around for many years. Usually, an attractive woman will come into a store supposedly looking for a ring, bracelet, or earing that she lost. She’ll claim it’s a treasured heirloom or it’s worth a lot of money.

She will say she’s in a hurry but that she’ll give a large cash reward to whoever finds the jewelry. Then, she will hand over a fake business card and leave the premises.

Moments later, an accomplice will walk by and make a big show of finding the lost piece on the ground. Whoever the woman spoke to will run out and try to get that jewelry from them since they want that reward.

The victim will hand over whatever cash they have on them in exchange for the jewelry. The accomplice will walk away with whatever money they got from the deal and meet up with the woman at an appointed spot.

The “valuable” jewelry is actually cheap costume jewelry, and when the duped individual calls the number on the card, they’ll find that no one ever picks up. They’ve lost some money, and they only get a cheap trinket and a story out of the experience. They might feel so embarrassed when they realize what happened that they don’t even bother to call the police.

The international love connection works in a couple of different ways. Usually, it’s simple catfishing that happens when someone gullible or inexperienced tries online dating for the first time.

You might have a person who communicates with you online for a while. You learn about them and find out they’re located in another country. They might tell you they’re about to move to the US, though.

They will refuse to meet with you in person because they’re internationally based, but they’ll want you to send them some money to buy a plane ticket to come meet you. They might profess to love you or say they feel a deep connection to you. They might communicate with you by email, text message, or they might even talk to you on the phone.

They may send you pictures to entice you. Perhaps they will go so far as to suggest marriage or imply you can get together with them sexually. They are doing all they can to get you to send money for that plane ticket. If you ever send that money, you’ll never see it again, and you won’t ever meet your love connection either.

They might also run a similar scheme, where they say they’re in the US but on the other side of the country. They may try the same basic technique, where they want you to send money so they can visit you.

They might also get to know you and establish a connection. Then, when they feel like they know you a little bit, they will tell you they’re dealing with a serious family crisis. Maybe they’ll say they have a parent in the hospital who needs an operation, or they’ll come up with some other reason why they need money from you.

To avoid these scams, never send money to anyone you’ve never met in person. Talking to them on the phone should not suffice, either. If you’re going to give someone you met online cash, gift cards, or anything else, make sure you establish a genuine relationship with them first.

If they’re not scammers, they should willingly meet with you in person. That way, you can determine whether the friendship or love connection actually exists. 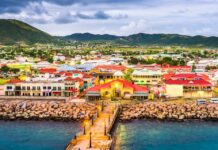 Setting up Nevis LLCs to Reap the Benefits – Requirements, Procedures, and Costs 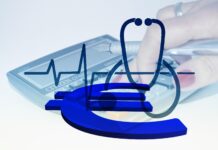 What To Do If You Spot A Fake Bill? The Ultimate Guide