Home Quotes ReactJS: Is It The Future Of Front End?

As technologies and web development practices evolve, so do the tools and frameworks we use for our projects. ReactJS is one of the most popular front-end frameworks available today, and many developers are keen to find out what it has to offer.

In this blog post, we will explore the key features of ReactJS and ask the question – is it really the future of the front end? Read on to find out!

This programming language makes developing web applications easier by breaking them down into small components that can be easily combined without affecting other components.

The data layer of this application is highly extensive and allows for maximum flexibility when it comes to incorporating data from third party sources or from within the user interface components. This means that developers can keep their application up to date on multiple devices without having to rewrite any code.

As well as this, it also provides developers with performance optimization capabilities due to its virtual DOM (Document Object Model), which provides a representation of the structure of a web page giving users faster loading times and greater stability in response times across different platforms.

How ReactJS is being used in the real world

It allows developers to create fast, dynamic web applications while keeping them up to date with the latest technology. It also has a thriving developer community, and numerous pre-built components that are available for use.

Many companies now use it to power their websites, from small businesses creating a presence online to large enterprise applications used by millions of people each month. Many news outlets are using it for their content management systems (CMS), as well as streaming services such as Netflix and Spotify.

Uber, Airbnb and Instagram have also adopted ReactJS for their front end capabilities due to its dynamic nature and high performance capabilities.

It is not just limited to web development either; the open-source library is being ported over into mobile applications as well – both iOS and Android apps have been created with React Native technologies allowing companies such as Pinterest, Skype and Tesla to take advantage of its high performance capabilities when developing their mobile apps.

The future of ReactJS

ReactJS, created by Facebook, is quickly becoming one of the leading front end technologies available for web development today. But what makes it stand out from the other JavaScript frameworks? ReactJS offers a component-based structure that allows developers to build user interfaces quickly and efficiently.

By using components to create whole sections of a page, developers can break up the page into parts and focus on smaller pieces at once. This modular approach leads to more organized code and better scalability, since sections of the page can be reused in different projects.

Overall, it is clear that ReactJS is shaping up to be the future of front end web development due its combination of powerful features, better scalability options, performance enhancements featuring virtual DOMs and convenient syntax capabilities with JSX allowing for faster coding speeds all under one library making this powerful technology hard to beat.

It is constantly evolving and companies have already started benefiting from its rich features.

With a supportive community, major corporations backing up the open-source project, it is safe to say that ReactJS will definitely revolutionize the future of front end development. It is indeed the future-friendly choice for developing efficient applications that scale easily with user adoption and usage needs. 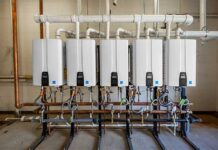 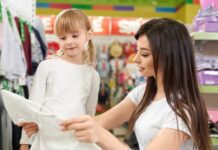 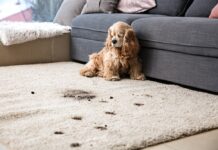