We have compiled the top ten most popular messengers in the world, so you know who is at the top now and maybe try a new communication program for yourself. In addition to the messengers themselves, there are also separate applications that make these messengers even more advanced. Read more at freeappsforme.

The most popular messenger in the world is WhatsApp. The number of its monthly users exceeds the population of China and, until recently, this figure was growing.

WhatsApp has become popular because of the flexibility of communication, the ability to create groups for business, blogs, and media. In Asian countries, the messenger is used as a full-fledged social network and news source, and many people make a lot of money on it.

The second position goes to Facebook Messenger. The application with 1.3 billion users was originally a part of the social network Facebook. But in 2011, it became a separate service with more features.

Some people think that Messenger is too complicated and cumbersome – and this is partially true. However, this doesn’t prevent people all over the world from running their own businesses, communicating with relatives and friends, advertising goods, making themed newsletters and various useful chatbots for fun, or making money via Facebook Messenger.

WeChat closes the top 3. It has long been the main application for China and other Asian countries. Through WeChat, you can not only communicate and exchange messages, videos, and stickers. It’s a full-fledged (and official) payment system for utilities, cab orders, food, goods, and services.

WeChat has grown a bit in the last year, and those numbers are almost 40 million users growth. For other messengers below these are huge values, but against the background of 1.2 billion people another 40 million is not so much. It is possible to predict the growth of WeChat because there is still a lot of untapped audience in Asia. But there is another popular application, which we will talk about below.

Another popular messenger in China has long been QQ. The app is also available in 80 other countries around the world, where it is also popular, but the main market for QQ remains China. In addition to messaging, the messenger has online games, personal blogs, account and avatar embellishments, online purchases, and fast payments.

The year 2022 was a time when Telegram took off. Back in April, the creator of the service Pavel Durov reported 400 million users, and a couple of days ago this figure exceeded 500 million. At the same time in three days, the messenger received 25 million people from Asia, Europe, and Latin America. All of them came for privacy and security. Among these 25 million people, which is equal to the population of North Korea or Madagascar, there were two presidents: Turkish President Recep Tayyip Erdogan and Brazilian President Jair Bolsonaro registered in Telegram.

Telegram is considered one of the safest messengers in the world. In addition to a variety of communication, the messenger is famous for channels and thematic groups. And because of its data security, many independent and banned media outlets use it as their main platform for broadcasting.

Snapchat is also showing good growth. In 2019, the messenger had 398 million users, and in 2022 the figure increased to 433 million. The large audience of Snapchat is in the United States (80 million users), but also in other regions, including the CIS countries. This application is quite popular mainly among young people under 19 years old.

A feature of Snapchat is short videos and modern multimedia messages with photos and captions. There is also the classic correspondence, but most people like Snapchat specifically for video content and an abundance of photo editing tools.

Discord is not just a messenger, but a full-fledged platform for gamers. During the pandemic, the service began to be used not only by players, but the main audience is still fond of video games. In Discord, you can correspond, communicate by voice in special groups, create thematic channels, and separate servers. Groups of many gaming guilds, media, and other communities are open here, including Reddit, Twitch, and others.

Discord’s audience has grown over the past year, and seriously, at least for its scale. In 2019, the app had 250 million monthly users; at the end of 2022, the audience reached 300 million.

Viber is not just another messenger. It is a tool for business promotion and advertising. Through the application, you can not only exchange messages but also make audio and video calls, send videos and funny pictures with stickers. Viber is popular for its themed channels, groups for online purchases, utility, and other payments.

At the end of 2022, Viber’s audience was 260 million monthly users. Most of them are from Europe. The messenger is very popular in Belarus, Ukraine, and other post-Soviet countries.

Line is not just for messaging, but for group chats, sending each other funny stickers and funny videos, voice messaging, multimedia, and more.

The Line app is most popular in Asia; young people are a key audience. Among other regions, Line is used in the U.S. and the U.K. Line has only 250 million monthly active users so far. Compared to other Asian messengers, this is almost nothing. But if we take it worldwide and compare it with other popular services, the number no longer seems insignificant.

The once mega-popular Skype is now barely in the top 10 globally. In terms of the number of users who have left the app, it is the “leader” in our top. In 2017, 300 million people used the messenger each month. By 2022, the audience shrank sixfold to 50 million users. The outflow of the Skype audience turned out to be such that the population of Brazil and Ukraine combined refused to use this application at once.

There are several reasons for this rapid decline: the mediocre quality of video communications, the cumbersome application, and the emergence of more serious competitors. Over time, of course, Skype improved communications, patched the client, and even updated the interface, but it was too late. And other messengers now offer brighter and more versatile features. 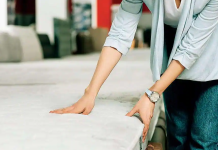