Home Technology How to Make Your VPN Proxy Faster?

Using a VPN proxy can be both advantageous and detrimental. The advantages of a VPN proxy, including online security and the ability to view geo-restricted content, must be traded off for much slower internet speed. VPN connection speed problems are a typical occurrence. Maybe you are interested in learning whether it can speed up your proxy connection.

VPN transmits your encrypted data to a remote server, forwarding it to the desired location. Data transmission to the external VPN server will take longer the farther it is from your location.

Therefore, switching servers and selecting the nearest server to your location can quickly enhance your VPN performance. Your internet speed should increase due to choosing the closest server, which cuts down on the distance your data must travel.

Consider the possibility that your VPN may not even be the issue. Take a moment to assess whether your internet is operating as it should be since a good VPN will still feel slow on a bad internet connection.

To connect directly to the internet, first, disconnect your VPN. Next, run an internet speed test using several web tools at your disposal. Conduct your speed test according to the directions on your preferred website, then contrast the findings with what your internet service provider has promised.

It’s possible that your VPN connection isn’t the issue after all if your speed test results fall short of what you should be getting. See whether restarting your router can improve the speed of your internet connection. If not, you should probably call your ISP. With fast internet, you’ll get the greatest VPN speeds.

If you want to use a quick service, then you can go for Agilecdn.cloud to increase your VPN proxy speed.

3. Switch from a wireless to a cable connection

There is no denying that WiFi is currently the most popular method of accessing the internet. Without having to deal with cords and wires, you may access the internet from any location in your home. Did you realize that wireless connections typically offer slower speeds than connected ones?

This is due to the fact that data packets are transmitted by radio signals, which are susceptible to interference and disruption between your device and the router. Packet loss will slow down connections. Wireless connections also slow down your internet speed since they use a shared channel to send data to numerous devices simultaneously.

For better internet connections, consider a wired connection if your device has ethernet ports and you have an ethernet cable lying about your home.

After attempting the solutions above and your speed problems are still present, it might be time to think about moving on. Maybe the speed being offered by your current VPN proxy provider isn’t the best available. They might not be using enough server load-balancing measures, or perhaps their network connections and equipment are inadequate.

A buyer’s market exists because so many commercial VPNs are vying for your membership dollars. Make sure you choose a reliable provider before shopping for one that satisfies your security, speed, and budgetary needs.

With the exception of your VPN provider, these hide your internet behavior from everyone else. Look for a service provider that won’t store records of your activities while connected to their servers, and undertake extensive research to learn about other people’s experiences.

Data packets are examined and filtered by your firewall and antivirus software before being allowed to reach your network. Your internet speed may be substantially slowed down by this operation.

You can temporarily turn off your antivirus software and firewall if you are downloading from a reputable website to increase connection speed. To prevent viruses and worms from infiltrating your system, make sure to turn them back on after you’re done.

There are times when the demands you’re placing on your VPN connection are just too much for it to handle. Several VPN companies offer an alternative if you’re using several bandwidth-intensive programs concurrently and are unable or unable to shut some of them off in order to improve speed. Split tunneling is the term for it.

You can choose which traffic passes through the VPN and is sent over your ordinary internet connection in plain text using split tunneling. If your VPN service permits split tunneling, abide by their instructions to set it up and get it working properly. Whatever method they use to implement this feature, the main challenge will be deciding which traffic should pass through the VPN connection and which should not.

One of the most common remedies for broken devices is to restart or reboot the machine. Your laptop or mobile device probably just needed a restart to fix any issues it was having.

The same approach can be applied to quicken your VPN connection, so there’s no reason it can’t. Internal system issues that can be affecting the speed of your VPN connection can be fixed by restarting the computer. Besides restarting your computer or mobile device, you might also think about resetting your router to see if it helps.

Hopefully, one of the aforementioned fixes will be the answer to your VPN proxy speed problems. We are willing to wager that there’s a significant possibility that this will happen. A VPN proxy typically won’t speed up your internet. However, the slowdown should ideally be barely perceptible.

Since VPN proxies are becoming more and more common, everyone must understand how they operate. You’ll discover VPNs are not as difficult to use as you may have initially believed. Ultimately, some investigation and tinkering can help your connection operate at its peak performance. 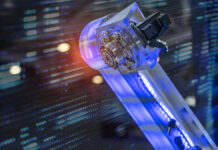 What Are the 5 Elements that Make up a Robotic Arm? 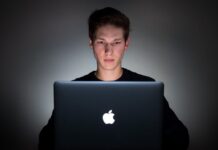 The Top 6 Benefits of Browsing With A VPN