Japan is an island country located in East Asia and it is considered one of the most advanced technological countries in the world. Japanese culture was always unique and fascinating thus making it an inspirational model for the rest of the world. Along the time, Japan presented the world with many new inventions that shaped the current world we live in today. It doesn’t matter if we think about things such as origami, sushi, Pokemon, manga, and anime, behind all of this we find a Japanese genius mind. Let’s discover together some of the most important inventions that took their origin in the Land of the Rising Sun.

I’m sure we all can agree that the best inventions in the world are food-related. Nowadays, the food industry has risen as a form of art in many places of the globe, and Japan is no exception to that. With impressive cuisine, Japan is one of the leading countries when it comes to setting food trends. Probably one of the most well-known dishes from this country is Sushi. The global popularity that Sushi enjoyed over the past decades is staggering.

Sushi’s origin dates back to a few centuries ago, where Southeast Asian inhabitants used to tightly pack fishes in rice and salt and let it ferment over as much as several months. After some months, the rice would have been removed from the fish, and the meat consumed. The name of the procedure was known as narezushi, from which the name Sushi derives.

As we live in the most technologically advanced century in human history it was only a matter of time until QR Code would be invented. But what exactly is a QR Code? The answer is that you can scan the black and white squares to instantly convey the information. QR Code helps users lower the amount of time spent in the actual search for that information.

The QR Code was invented in 1994 by the genius inventor Masahiro Hara, and it quickly became a world-changing invention. Masahiro was working at an automotive components factory at that time and he was looking for a faster way to track the components. Until QR Codes most of the world used barcodes, but the problem with them is that they have limited storage capacity. For example, if a product has multiple barcodes then it is required to scan the barcode for each part. The idea for this invention came to Masahiro Hara as he played a board game named Go. Thus the black and white pattern board game served as the inspiration for the Quick Response Code.

Nanoblocks are small construction blocks that measure as little as 4mm x 4mm x 5mm and with whom you can construct nearly everything you can imagine. The story of these construction blocks started in 2008 when the Japanese company, Kawada, wanted to offer people an improved version of the better-known LEGOs.

The toys came up in different shapes and sizes and are divided into various sets. The most well-known sets are the Mini-Series, the Advanced Hobbies, and Sights to See. The first being the easiest one to build and has the least amount of pieces. The difficulty and the construction blocks number start to increase with the Advanced Hobbies and Sights to See sets. Kawada also has collaboration with various popular franchises such as Pokemon, Dragon Ball Z, and many others. You can find these entertaining Japanese construction blocks on various websites such as Amazon, Mini Japan Shop EU, and others.

Nowadays communication is mostly happening in some sort of texting. The rough, unemotional way of communicating has needed something to spice up a conversation. And that thing was the Emoji. Those faces that cover every human emotion, those little objects, animals, etc. were invented in 1997. Initially, the emojis were created for a Japanese mobile phone, SkyWalker DP-211SW, but they quickly became a worldwide phenomenon in the decade to follow. The popularity of emojis can be attributed to the designer Shigetaka Kurita who created the popular emoji for an Internet service (i-mode). Soon after, rival companies began their own set of emojis and thus an “armed” race for the best emojis began. The number of emojis is continuing to rise, until 2022 not fewer than 3,300 emojis have been invented.

As Instagram is a very popular social media app it is only natural for people to try the best ways to take a photo. And one of those intricate ways is to use the one and only selfie stick. The selfie stick was invented in 1983 by Ueda Hiroshi and Mima Yujiro and it was deemed as a useless invention at that time. The situation drastically changed with the invention of smartphones. The old selfie stick now received a meaning. To make the greatest selfie of them all. In 2014 selfie stick term became so popular that even Time magazine listed it in the top 25 inventions of the year.

We can’t talk about Japan if we don’t talk about their bullet train. The emblem of the Japanese railways was invented back in 1964, just days prior to the beginning of the Tokyo Olympics. The train is also known as the Shinkansen and it marked an important leap towards a faster transportation technology. The first line was between the capital Tokyo and Osaka.

One of the first trains, Hikari 1 was able to reach speeds of 130 mph, meaning that the time-traveling between the two cities was nearly halved. The bullet trains are expecting to have over 100 milion passagers over the next three years. The Japanese government is constantly trying to improve its gleaming emblem by funding the construction of even faster trains and railroads.

In conclusion, Japan is a country that offered the world many great inventions that are now making part of our daily routine. Nearly everyone from first and second-world countries has used at least one of these inventions at least once in their lives. 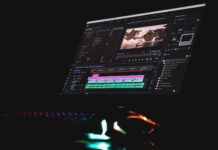