How many times have you heard that cryptocurrencies are entirely independent and transparent because there is no third party involved, meaning that no one is overseeing our transactions? Yes, this is true, and it’s also one of the main reasons why people choose cryptos, but far from it that it is the most crucial factor. Of course, it plays a huge role, as it is something we craved for so many years and decades because banks and governments were those third parties involved.

One of the most important propositions Bitcoin offers its network members is that it affords them access to sovereign base money. Any Bitcoin owner attains a certain level of freedom which was quite impossible before its inception. As the first accessible digital cash, holders of the currency are able to send large amounts of funds anywhere across the globe without the need to ask for permission from anyone. Of course, this also meant that many would start thinking like the whole system is created for people on the other side of the law, but that just isn’t true. Furthermore, this independence also means that no one can influence the Bitcoin price, at least not physically.

The value of Bitcoin is not dependent on anything physical anywhere across the globe. All of this makes it impervious to attack as, in fact, it thrives and benefits from the publicity these baseless attacks give it. Just take a look at how one tweet from Elon Musk created chaos on the crypto market.

The government has no control over Bitcoin

As already mentioned, no one can overlook crypto transactions, and the political impact of this invention is that, for the first time in this modern age, individuals have a technical solution that can help them escape the financial clout that government has over them. It’s funny how today, diversity, freedom of speech, and movement are one of the main public topics yet, the modern state, with its oppressive laws, high taxes, and unquestionable power has grown to a great extent of repression of its citizens’ freedom and choices that is comparable to the churches of the middle ages. With this great burden of taxes, rituals, and total control, the Europeans grew tired of the Church, and it was replaced and consigned to insignificance by the emergence of more productive economic forms of organization.

History repeats itself, and the best example of this statement is that over five centuries later, the modern nation-states have resorted to becoming repressive, inhumane, and burdensome while novel technologies eat away their power. As most tech experts suggest, the answer is always in technology as we grow as a society as much as technology advances. New forms of organizations are beginning to emerge to reduce the power the government has to force its citizens to offer more services than they want. The emerging digital revolution will destroy the immense form of control the government has over its citizens. The nature of Bitcoin as an antifragile currency means that the government has no control over it – they fear it. Every form of attack that has been launched at it has only made its value skyrocket. All this leads to more and more countries admitting defeat, as they can no longer disprove the existence nor the benefits of cryptocurrencies. That is one of the main reasons why we have today thousands and thousands of new coins.

Bitcoin will replace the central bank

Like every enforced monopoly by the government, for a long time, banking has restricted emerging innovations and the changes that are not beneficial for their consumers but also ensure that their ability to extract redundant charges is restricted. As the global economy expanded, this monopoly grew more burdensome for the people, and people around the world started to notice that. That is the case for almost every centralized institution, and banks are one of the best examples. As a decentralized form of banking, BTC has become a defensive technology that has successfully ensured that the cost of defending information and property is significantly lower than the cost involved in attacking them. It makes theft and criminal activities expensive, which makes using Bitcoin much safer than using fiat money or gold. Indeed, transactions have become more secure than ever on Bitcoin because of many reasons, and the main one is decentralization. This high level of security and privacy can be experienced when using trading tools like the Bitcoin formula, and people around the world are becoming more and more aware of it.

Bitcoin has gone a long way towards rectifying the imbalance of power associated with most centralized institutions – the banking system included. The decentralized nature of Bitcoin implies that power is spread among its members, and there is no bank or other third party that has the most power. All stakeholders share the power and make changes to the system all the time and equally. Before a change can be introduced to the system, it must be widely accepted. This idea is not popular in the central banking system because it is in their favor that the system stays centralized. Furthermore, Bitcoin offers users more control of their funds and better security, which is better for people that use it. There are several tools that offer easy and secure Bitcoin trading, and the best example is Bitcoin Prime.

Generally, Bitcoin has turned out to be resistant to government interference, which is the main reason why people started to use it more than ever. The physicality of Gold makes it vulnerable to the control of the government, and there is always a fear that it will lose its value or we will lose all the gold we have. Besides that, it was not easy to move gold around, and this implies that payment through it had to be centralized in central banks – ensuring easy confiscation. However, with Bitcoin, verifying the authenticity of a transaction is easy and almost costless since anyone can access the transaction ledger for free via any device connected to the internet.

Furthermore, the value of Bitcoin is growing so rapidly that it has even been suggested it could surpass Gold in value at some point, and it is not a surprise. That implies that the value of Bitcoin, most likely, can only increase, and there is no reason to avoid using it in everyday life.

Bitcoin offers individuals the opportunity to opt-out of the totalitarian system of most modern states and changes something in their favor. Bitcoin, as a sovereign system, can only be feared by the government. The other critics are – not only for its relentless nature of resisting attacks or the fact that it cannot be controlled but also the threat it poses to their power. Bitcoin is and will be something that will stay in the books as something that started a revolution, but not a brutal and damaging one as in the past, but the technological one. It was the first sign that we can actually do something and that there is a way out, meaning that BTC, as a sovereign system, should be used as a guide for the future. 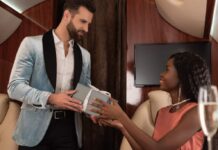