Home Relationships How to Use a Dating App to Find Your Perfect Match, Whatever...

Finding love is hard and arguably harder the older that you get. While it’s true that dating apps have become very much the chosen way to find a partner, it would be fair to say that this option is more geared to the younger proportion of the population.

However, that doesn’t mean dating apps can’t still be hugely valuable, regardless of your advancing years. Indeed, some great apps are specifically geared for those in the latter age groups, and they are proving increasingly popular.

Dating apps offer considerable benefits to users, especially when measured against the chances of finding the love of your life (or a bit of fun) randomly. This is particularly true as you get older and the variety of locations you might frequent reduces.

The number of us using dating apps has risen dramatically in recent years. 28% of Americans surveyed have stated they have used dating apps, and 11% use them regularly, and that number increases among younger age groups. So why do people use dating apps?

The Advantages of Dating Apps

Trying to find a lifelong partner, or something more short-term, isn’t easy, and the older you get, the fewer occasions you’ll get to meet new people. Dating apps take away a great many of the barriers that prevent you from finding someone who is compatible with you.

Dating apps are fast and efficient, pairing you up with people almost instantly, and you get the opportunity to learn more about a possible date long before you have to meet up with them.

Perhaps the biggest positive factor when considering dating sites and apps is the fact that you are essentially opening yourself up to a big market, and therefore increasing the chances of finding Mr. or Miss Right.

Indeed many people who use dating services are very much playing the scattergun approach, meeting many possible partners before finding a match that has more substance and longevity.

But aren’t dating apps just for youngsters? No, not anymore. Those who run such services have long since discovered the financial benefits of providing niche services for seniors, and as such, there are countless apps that could be of great use to you; indeed, you should read this review to find out more about one of the most successful options on the market.

It may have been true, a decade or so ago, that the older generations were not so au fait with using the internet; frankly, that time has long since passed. Seniors are now more than capable and willing to use their laptops, PCs, and mobile devices for any service imaginable, and dating is certainly one such area that no longer holds fear for those age 50+.

Let’s be honest; if you are a senior looking for a perfect match, then it’s likely you are searching for something a bit more long-term than a one-night-stand. Seniors dating apps are great because the best operators in the industry will helpfully look to match you with those who have real relevance to your needs as well as those who are in your locality.

Those under the age of 60, or perhaps in their 50s, don’t tend to frequent bars and clubs and may not work actively from an office environment. Therefore two large potential locations where you might stumble into the right match are no longer an option.

It appears that those over the age of 50 are very much getting into the swing of using dating sites and apps. Many reports state that those who sign-up with such services go on two or three dates a week. Perhaps it’s something akin to a kid in a candy store or a sign that age is just a number, but the benefits are clearly there.

Signing up for these services is usually free or very inexpensive, and you get to learn more about your potential date long before you pluck up the courage to meet in person. There are also many safeguards in place to protect you from unwanted advances.

As well as being of great use to those in the latter years of life, dating sites and apps are great for those in niche groups. For instance, another large group that is making the most of online dating are Christians looking for similarly religiously leaning folk.

In the LGBTQ+ community, online dating has been hugely popular for many years now, maybe because it helps match you with the perfect partner that you might not be able to find in more traditional means. This may be especially true in smaller towns and cities.

The variety of niche dating apps is frankly staggering; there’s even one for those who have a love of people with beards. There are dating services for vegans, gamers, and those who have an interest in astrology. The list is, in fact, almost endless; this only serves to better serve your interests and bring you one step closer to the right match for you. For the best dating sites in the UK, for example, you can check sites listed at https://datinghelp.co.uk/dating-apps/.

The use of dating apps has now become so prevalent that just the mere use of them is in itself something of a reward of its own. Many frequent the most popular apps just to have a look at what’s around, or maybe just to court attention, perhaps without any intention whatsoever of meeting up with anyone in a physical sense.

The act of digital dating is in itself an act that appears to produce enough excitement and enjoyment on its own. In other words, the thrill of the chase is enough for many. Connect with Sexy Ladies via Sexting 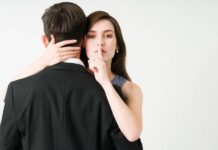 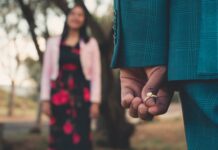 What Aspects to Consider While Planning a Proposal?