So you want to get a become tattoo artist? Good for you.

We’re sure you’ve done your research and know that there are two types of machines: liner and shader. So, before you get to practice with these two, you’d like to learn some of the key differences between the two. Now, we’re sure you probably understand where you’d use one of these based on their names, but still – it’s worth getting technical if you’re serious about your craft.

So, on that note, let’s explore the differences between the two, shall we?

Different machines are used for tattooing different types of tattoos. As such, they differ from one another. The number and configuration of needles is one such difference.

Liner machines have fewer needles, usually ranging from one to seven. These needles are arranged in a circular order. This method of arrangement and lower needle count allows for finer lines and precise tattooing. You can’t really shade or add colour or fine detail with this machine. As you can tell by the name, this tattoo machine is used for line work or lettering.

A shader has at least two pairs of needles (so, a minimum of four) with the configuration of a comb shape. This allows you to make the drawing and the colouring much more detailed.

Liner tattoo machines are lighter and faster than shaders. This is because you need to draw a line in one smooth motion without lifting your hand.

Liners require the use of a needle that moves quickly, making it necessary for the machine to be lightweight and easy to handle. The machine also needs to have low vibration so as not to shake the needle out of place while it’s moving rapidly back and forth across the skin, creating tiny little lines which form a bigger, smoother seamless line or an image or design on the client’s skin.

Shaders, on the other hand, are used to fill in pre-outlined areas with colour. These needles move more slowly than those in a liner machine and they also vibrate more. This is because the shader needle needs to deposit more ink into the skin with each pass, so it has to move slower in order for the ink to have time to sink in before the needle moves on. The extra vibration helps push the ink deeper into the skin and that’s how you get detailed, bold, and punchy tattoos.

While liners are mostly used for outlining, shaders can be used for both lining and shading. Some artists use one machine for both purposes by simply changing out the needles. Others prefer to use two separate machines, one for lining and one for shading. And, then there’s a third group of people that like to explore the latest technologies in tattoo machines and they opt-out for wireless tattoo guns like the ones you can find at lumbuy.com.

Liner guns and shader guns also differ in the number of coils they use.

A good way to tell the difference is by looking at the coil on top of a gun – for instance, liners usually have 8 wraps while shaders are more likely to have 10-12.

The number of wraps directly corresponds with the power of the machine or its ability to push the needles. The more wraps there are, the stronger the magnetic field (yes, these coils are electromagnetic) will be. As a result, the needle will move faster and with more force.

This is why shaders generally have more wraps than liners – they require more power to tattoo at a higher speed and move more needles.

4. Weight Of The Tattoo Machine

Shaders tend to pack slightly more weight than liners. Shaders can go almost up to 300 grams while liners tend to be about 220 grams. This is not due to the fact that shaders need to pack a heavier punch in order to push the ink into the skin, whereas liners only need to make a fine line. It’s just the result of more needs, more coils, and a generally bulkier body.

However, there’s another factor to consider – your body weight and type. A machine should fit your hand and your style. If you’re a big burly dude, you might do a better job with a heavier machine. On the other hand, if you’re a tiny dude and you’re looking for a machine that will be easy on your hands and won’t cause fatigue, then you might want to opt for a lighter one. The same applies to female tattoo artists, as well.

Conclusion – Can Either Of These Produce A Great Tattoo? Do You Need Both?

The answer is yes – both machines can produce excellent tattoos. It just depends on what style of tattoo you’re going for.

Both liners and shaders can be used to create lines and shades. The only difference is the lines made with a shader might be a bit heavier, and the shading done with liners won’t be as smooth and soft. Why would anyone do that? Well, it’s all up to style and preference.

In the end, when you become an experienced artist, it’ll all come down to your preference and what you’re comfortable using. So experiment with both types of machines and see which one works best for you!

Do you need both of them? Well, yes and no. It’s like we said – it all depends on style and preference. If you’d like to become someone that just does small, minimal, linework tattoos – you won’t ever require a shader. On the other hand, if you end up being a portrait artist – you’ll most likely depend on both of these to perfect your craft. 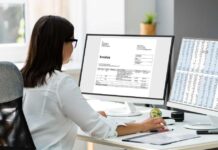 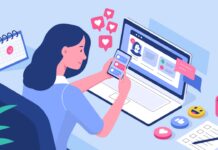 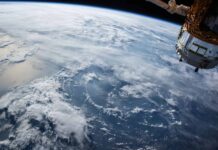