Home Law You’ve Been Busted for Drug Charges: Here’s What Comes Next

America cracks down hard on drug offenders. Law enforcement personnel made more than 10.5 million arrests in 2017 alone. More than 1.6 million of those arrests were for drug offenses, making it the most frequent type of crime in the country.

Being busted for drug charges is devastating. But you’re not helpless, even when the police slap handcuffs on you.
What kinds of charges can you face, and what evidence can police gather against you? How should you respond when an officer asks to search your property?

How should you respond to a plea deal?

Read on to answer these questions and beat any charges that you face. Here’s your quick guide.

The Types of Drug Charges

A prosecutor can elevate the weight of crimes if they were committed near a child care facility or religious organization. A person who distributes drugs to a child can face a first-degree felony conviction.

You can also face federal drug charges. Receiving drugs in the mail and trafficking drugs across state lines are federal offenses.

How Police Can Use Your Computer

A lot of evidence for drug charges comes from the computer. Some drug dealers handle orders online, which can be very easy to trace. A person may get arrested for drugs, only for incriminating evidence to be found for another offense.

The police can ask for a search warrant for a suspect’s computer. If a judge determines that the computer may contain relevant information, they can grant the warrant.

The police can expedite this process by asking the suspect if they can look at their computer. If the suspect says yes, they can gain access to it.

Once the computer is sent over, officers can look at anything on it. They can examine files on the computer itself, search histories, and location tracks. The same applies to a cell phone or another personal device.

Even small things can prove incriminating. Googling for information about drugs or visiting Wikipedia pages can suggest prior intent. Encrypted files can suggest that the suspect has something to hide.

If the police come to your door, refuse them entry and ask to see a search warrant. Do not let them into your house or onto your personal grounds. The same goes for situations when the police approach your car.

An officer may pat you down in case you have a weapon on you. Anything they uncover during the patdown can be used against you, especially drugs.

An officer also must inform you if they’re going to arrest you. Say nothing at all and cooperate with them while they read you your rights. As soon as they’re done, invoke your right to remain silent as anything you can say can be used against you in the court of law.

Say nothing to the police as they bring you to the station even if they persist with questions. Even innocuous comments that have nothing to do with drug offenses can be used against you. You definitely do not want that to be the case.

Talk to Your Attorney

Hiring criminal attorneys is absolutely essential to fighting drug charges. Drug prosecutors are well-trained with skilled teams of paralegals and junior attorneys. If you go against them by yourself, you will very likely lose.

Get the number of an attorney and make a call asking them to come down right away. You may not want to work with this attorney long-term, but you should have a lawyer by your side whenever you’re at the station being questioned by local authorities.

Receive clarification on what’s going on and give them an initial statement. Your first court appearance will take place within 48 hours of your arrest. A judge will tell you what crimes you’re facing, and they’ll determine if there’s probable cause.

The state of Florida is becoming more lenient to minor drug offenses. If a first-time offender is caught with a small amount of drugs, a prosecutor may offer a deal. In exchange for pleading guilty, a person faces probation instead of imprisonment.

You may find a deal very tempting. But you should consider the offer and your defense very carefully. They may be offering you one because their case is weak.

Probation is not a “get out of jail free” card. Someone on probation can go back to jail if they break the law in any way, including a speeding violation. It may be a better idea to fight drug charges instead of taking a deal.

Know What to Do After Getting Busted for Drug Charges

Being busted for drug charges is not the end. Many substances fall under the purview of the law, and you face local and federal charges. The police can use many resources, including your own electronics.

Do not consent to searches and invoke your right to silence. Call a lawyer who will represent you for your first hearing.

Get out of prison so you can launch your defense. A plea deal can be tempting, but don’t take one if the prosecutor’s case is weak. This is something you shouldn’t take lightly and be sure to always consult with attorney before you make any deal or even before you talk with police. 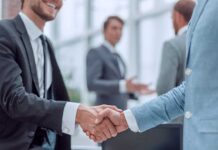 How Can An Injury Lawyer In Delray Beach Help Me Prove Negligence? 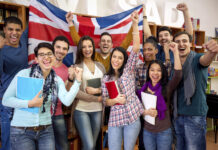 13 Important Things To Know Before Studying In The UK