There are hundreds of reasons a woman may not want a baby. That’s where birth control comes in. Birth control helps women take ownership of their bodies and decide when and whether they want children.

However, if you’re on the birth control pill and forget to take it a day or two, your chance of pregnancy increases. So, what’s a forgetful gal to do? Keep reading (or visit here) to learn about the best birth control options for the absent-minded.

The birth control shot, also known as Depo-Provera, is an injection of the hormone progestin. This stops ovulation, meaning your ovaries will no longer release an egg each month. In the unlikely event that your body still ovulates, progestin has got you covered. This hormone thickens your cervical mucus, making it nearly impossible for sperm to get through if an egg is released.

If you can’t be bothered with a daily pill, the shot is a great option. The shot is effective for up to 13 weeks, meaning you have three months of protection.

That said, you’ll need to remember to get a subsequent shot every 12 weeks before your previous shot expires. If you’re a few weeks late for your follow-up shot, you increase your risk of pregnancy. However, this isn’t cause for panic. Simply use a backup form of birth control, like a condom, until your next shot.

If needles make you squeamish, the ring could be the option for you. The ring is also known by its brand names, NuvaRing and Annovera. Unlike the shot, which gives you one strong injection of progestin, the ring slowly releases progestin and estrogen all month long. This prevents your body from ovulating and thickens your cervical mucus to protect against pregnancy in the unlikely event of ovulation.

The NuvaRing and Annovera have a few slight differences, but they largely function the same way. Once a month, NuvaRing users remove their ring and replace it with a new one. Annovera users also remove their ring once a month. However, they can reinsert the same ring after seven days. This monthly ritual is easier to remember than the daily pill. If you don’t think you’ll remember to change your ring, stick with the shot.

The birth control patch is a small, bandaid-looking sticker that users can apply to their bodies. There are two brands in the United States, Twirla and Xulane. Both function similarly, but Twirla has slightly fewer hormones than Xulane. Like the ring, the patch emits synthetic versions of the hormones estrogen and progestin, thereby preventing pregnancy.

Of all of the options, the patch requires the most maintenance. While it’s still easier to remember than the daily pill, the patch needs to be replaced once weekly. If you’re a few days late, plan on using a backup form of birth control.

The small, T-shaped intrauterine device is inserted into the uterus and is effective by the use of hormones or copper. Hormonal IUDs contain progestin and work similarly to other forms of hormonal birth control. The copper IUD, also known as ParaGard, releases copper ions into your uterus, making it impossible for sperm to thrive.

Depending on the type of IUD you use, they can last anywhere from three to 12 years. This makes them a great option for women who know that they don’t want children in the near future.

While the IUD may be a “set it and forget it” method, it needs to be inserted by a medical professional. Many women report cramping and a general feeling of discomfort immediately after the procedure. Because of this, plan on scheduling your appointment for a time when you’ll have the opportunity to rest up afterward (e.g., Friday afternoon). This will give your body time to recover so you don’t have to navigate a school or work day with period-like cramps.

You’ve thought about it long and hard, and you know in your core that kids just aren’t for you. If that’s the case, permanent birth control might be a good option. Permanent sterilization works by blocking the fallopian tubes, preventing an egg from reaching the uterus. Unlike male sterilization, female sterilization is effective immediately after the procedure.

Before choosing this option, there are a few considerations to keep in mind. First, it’s expensive. Depending on your insurance or lack thereof, tubal ligation can cost up to $6,000. Next, if you decide that you want children in the future, you may be out of luck. While some sterilizations are reversible, reversal attempts often fail, so you need to be 100% confident in your decision before moving forward.

According to the Kaiser Family Foundation, one in five women aren’t using their preferred method of birth control. Of those women, a quarter say price is the primary obstacle.

Under the Affordable Care Act, most insurance plans must cover all FDA-approved birth control methods without requiring a copay. However, some insurance plans — such as those administered by religiously affiliated organizations that object to artificial contraception — are exempt from this requirement. If that describes your situation, or you lack health insurance altogether, the cost of birth control may be an issue for you.

Luckily, there are affordable ways to get the birth control you need. A visit to Planned Parenthood or your local health department can provide access to low- or no-cost contraception. Getting your birth control online through a telehealth provider is another to save money — plus, you can’t beat the convenience. Your prescription is delivered to your door, and you can use your PTO on activities you actually enjoy instead of visiting your doctor.

With so many other things to remember, it’s easy to forget your birth control. Switching to a low-maintenance option can save you the stress of remembering, freeing your mind to focus on other things.

6 Reasons to Be Cautious With Naturopathic Doctor 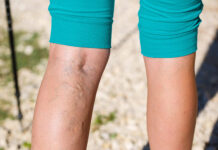 How to Find a Vein in Your Leg 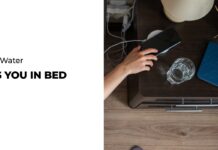 10 Ways Water Helps You In Bed