The more secretive you can be while hunting, there are more chances of success. The easiest way to achieve that is by making some observations about your surroundings and figuring out how to camouflage in. This article provides the best camo techniques for hunting in 2023.

Depending on the season of the year and the type of hunting you want to do, the camo technique and the camo colors and patterns might change. It means what you’ll wear during waterfowling or going deer hunting. The camos differ for woodlands, snow, marshy lands, etc. The leafy 3d combo is one of the types of hunting camo that you can use.

Go through the article to know the types of camo patterns that you can use while hunting in different areas and hunting other animals.

Here’s a guide to how you can choose which is the best camo pattern for the species you are planning to hunt.

Deers or large animals have poor color vision, but they can see your silhouette if you’re not well hidden. You should use camouflage that will let you blend in naturally. For instance, use leaves and branches.

Ducks or geese are generally considered waterfowl game animals. Waterfowl camouflage is even more crucial because these animals can detect color. Opt for light-colored camo that will blend in properly with reeds and grasses.

During the spring season, search for camo patterns with plenty of shadows and greens. Given that turkeys have keen eyesight, it is imperative to remain disguised entirely. Ensure that your face and head are disguised, as well.

Camouflage Patterns According To The Surroundings 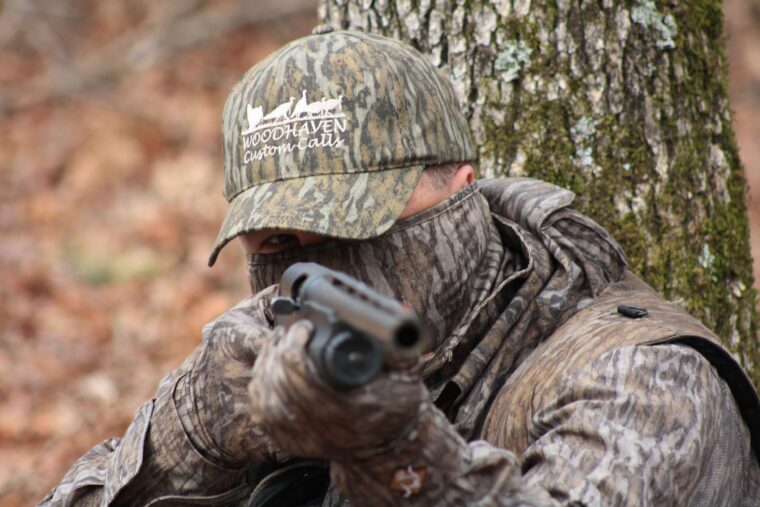 Here are a few camouflage patterns that are generally recommended for hunting in the US. Try them for better chances at hunting and success.

Waterfowl hunting is done mainly in the marsh. It is a type of wetland that is dominant. The camo patterns for this type of hunting are pretty different from others. It basically includes the patterns and designs that are found in swamps. Marsh hunters and swamp stalkers are recommended the waterfowl camo designs, which have a mix of reeds, tall grasses, corn residues, and many other things that are likely to be found in a wetland or swamp.

A wetland is traditionally an area with a lot of trees. These patterns and designs change according to the trees in the season. This camouflage is favored by many hunters since it blends in with forested environments. Hunters can more easily integrate into their woodland environment due to these denser designs.

During early in the season, leaves and green patterns work best, while brown marks and branches are the best in early spring and late fall. You need to also consider the hunting style you are going to use. The camo patterns will change whether on a tree stand or using the spot and stalk game. You will need contrast patterns for tree stand hunting and smoother divisions to match your surroundings and profile during the spot hunting type.

Winter hunting is quite different from others. The camouflage you will need to use during the winter season and in the snowy regions won’t include greens and browns. You require more than just white gear for a winter hunt when the terrain is covered with snow. Darker hues that are mixed up with snow camouflage will mislead animals as you blend in with the snowy surroundings.

When the weather changes, snow camouflage can be excellent if kept with limited contrast color patterns. However, remember, all-white disguises won’t always work; you will need to do a blend of woodland designs and snow camos to match snow surroundings with trees.

Brush camo must have broad patterns because the surroundings are pretty open. It is in contrast to forest camouflage, which has a variety of components and breakages in the camo designs.

Such a pattern is frequently required in the western landscape. It can help in merging into your environment when there are no contrasting objects. You can more easily blend with the limited hues of the surrounding area, such as the dead grass and dirt, by wearing the brush print.

Camo Patterns According To The Hunting Regions In The US

As curious wildlife looks up your way, you will need a camouflage that can blend in with the forest canopy and the sky during the tree stand hunting. Think of a camo that combines dark and bright swatches.

You’ll need a camouflage that can quickly disappear into a variety of hunting settings. Look over all camouflage designs that can fit in with any environment.

Hunting grounds in the South are frequently covered with lush flora. Select camouflage that will allow you to blend in with the branches, greens, and leaves.

The West is known for its complex topography, which includes deserts, mountains, and badlands. Consider neutral colors that will blend in with rocks, grasses, and vegetation. It will keep you hidden in open areas under direct sunshine.

Campo patterns are very different in each surrounding area. They are also dependent on the features of the prey. If animals are more sensitive to colors, you will have to choose the hues accordingly. Selecting the right cameo design and bringing the right hunting essentials will significantly help you in blending into the surroundings and catch your hunt.

This article has precisely explained the camo designs you will need for woodlands, snowy regions, marshes and wetlands, brush hunting, etc. It has also given the requirements according to the areas of the US. It will significantly help you in disguising the right way for your next hunting adventure. 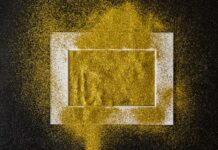