Is a visit to the Museum only for people over the age of 18? How can it shape the worldview of today’s youth? In this article you will read what are the motives for not only adults to visit the World War II monuments available to us and what impact it may have on the lives of teenagers. Certainly, after history lessons they know that history likes to repeat itself, and after visiting the Auschwitz-Birkenau Museum, they themselves will strive with all their might not to loop the wheel of such events.

In Polish schools, children around the age of 16 usually go with their history teacher on a trip to Auschwitz to see with their own eyes and learn about the history of the prisoners there. Every year, the present site of the Auschwitz-Birkenau concentration camp is visited by hundreds of thousands of tourists from all over the world.

Among them are not only young people, but also former prisoners, families of the victims of this camp, visiting pilgrims and adults trying to find the source of so much hatred and contempt among people, as well as to see with their own eyes the places that have become a global symbol of the Shoah, mass death and collapse of the Third Reich.

Freedom as a value – through the eyes of contemporary youth

Artists and writers write about it, those who are deprived of it long for it. Ordinary people, in their everyday run, in today’s times of prosperity, do not know what it is like to live without it – freedom. During World War II, Poland was affected uniquely by the lack of experience of freedom. The history of our country covers equally the times of partitions, the Nazi occupation, and later the red period of communism. How much do today’s youth know about this subject? Will they be able to respect it and fight for it when necessary? Let us hope that there will not be such a need, but in order for this to never happen again, they must be made aware of the fate that history has written. A visit to the Auschwitz Birkenau Museum can contribute to this.

In addition, young people should take an active part in visiting this place in order to learn about the history and significance of the Holocaust against the background of all the events of World War II and the occupation period in Poland, but also to learn about the dimension of human cruelty which the prisoners had to deal with. What is more, thanks to such a trip, you can arouse enormous layers of respect and tolerance towards people, regardless of their race, religion, or faith.

How to get to Auschwitz?

School trips are usually organized by teachers together with travel agencies. In general, however, the city is very well-connected with Krakow and Katowice. There are regular buses and trains both there and back. There is a large parking lot available to visitors, of course, for an additional fee.

Where do the buses depart from?

In Krakow, the starting point for each of trasport is near the MDA station, which is located at 18 Bosacka street. In Oświęcim, however, there are 3 finish stops: Oświęcim Ice Rink, Auschwitz Museum, Auschwitz Prisoners.

If you are interested, you can go on an organized tour from Krakow with the KrakowDirect company, which provides us with a comfortable ride, care for a guide during the journey, as well as during the tour of the museum. The price also includes entrance tickets. For those who want to thoroughly familiarize themselves with the rich history of this place, it is worth taking advantage of such a travel option.

An experience worth having

This tour will definitely etch a certain wound in your psyche and raise thousands of questions about morality and attitude towards another human being. You will see the remains of the prisoners, the conditions they had to live in, old pots, shoes or hair remnants. The wall of death, with the remains of blood, is downright terrifying. Visiting Auschwitz Museum is certainly a difficult experience. A trip to Auschwitz from Krakow will certainly change you and your views and approach to life. You can be sure that it will absolutely be a very valuable change.

“He who does not remember history is doomed to relive it”. – so said an American writer and philosopher, George Santayana. Let us hope that fate will not be so cruel and people so stupid to bring about another collapse of civilization by their actions and prevailing hatred. Let us be good to each other and be human to each other. So, let us remember and pass this essence to our children so that this history will never repeat itself again. Therefore, it is worth visiting such places as the Auschwitz-Birkenau Museum. Not without a reason, the world-famous concentration camp in Oświęcim was put on the UNESCO World Heritage List.

If the tour itself is not satisfying enough for you, it is worth reaching for sources of culture and art, where in interesting scientific articles, biographical books or films, the everyday life of prisoners is presented, their struggles with everyday life, the difficulty of being human in such inhuman conditions. During history lessons in junior high school, uninterested young people usually skip this topic and don’t realize what the case is about because they haven’t seen it with their own eyes, and school textbooks present maybe two pictures. Therefore, such a trip, at this age, broadens the world view and insight into this matter.

The day of freedom

More than 70 years have passed since the liberation of the camp, and some of them are still among us. We probably cannot even imagine the difficult times these people went through, so we should respect these portraits at all times and recognize that we can live in freedom and prosperity. Such values are obvious to us today, but as history shows, they have not always been so. Let’s take care of that and pass the knowledge on to our children, educating them and showing them how life used to be.

Let’s take advantage of the fact that we can see the remains of the concentration camp in Oświęcim with our own eyes and, if we can, let’s visit it at least once. 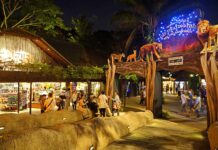 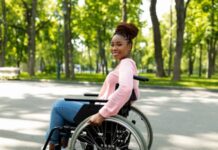 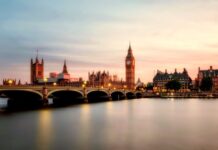 How To Go Out Alone in London & Still Have Fun